Jeff Hunt, Director of the Centennial Institute at Colorado Christian University, has declared that President Trump is “the most successful pro-life president”.

He recently appeared on Thursday’s broadcast of SiriusXM’s Breitbart News Tonight with host Rebecca Mansour and special guest host Sonnie Johnson. Hunt spoke on how Trump was about to attend the 47th annual March for Life. In fact, he is the first president ever to attend the march in person.

“This is really a historic moment,” Hunt said, “From a purely policy perspective, Donald Trump is the most successful pro-life president in the history of this country. He has done a wonderful job attacking the ab*rtion industry and their for-profit efforts to make money off of death.”

He continued, “[Donald Trump] has appointed judges that are going to return to a constitutional approach — the original intent of the Constitution — not taking their position as a moment to legislate from the bench, but instead returning to co-equal branches of government. And I am just thrilled with all that he’s done to defend religious freedom, the rights of conscience, to defund Planned Parenthood, [and] to appoint thee judges that are going to interpret the Constitution as it’s written.”

“These are big moments,” Hunt added, “These are the stepping stones we’ve been waiting for to eventually end ab*rtion in this country. If you look at history, the way we ended the slave trade, it didn’t happen overnight. It took a lot of work, and people that I consider heroes, like William Wilberforce, labored for 60 years to end the slave trade and did so kind of incrementally, but they got there. They got to abolition of the slave trade, and then emancipation and freeing the slaves, but it took some time, but we’re getting there on ab*rtion, and this is a president that should be celebrated, and I think you’re going to see 100,000 people thanking this president for the work he’s been doing to protect the sanctity of life.” 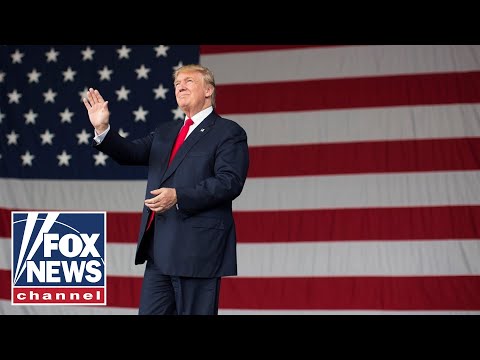