In 2021, Cleveland Browns’ fans experienced another agonizingly disappointing season. After laboring through a COVID-restricted year, one which actually saw the Brownies return to the NFL playoffs, the dark cloud of failed opportunities returned in 2022.

Cleveland was once a proud champion of the National Football League. The Browns entered the NFL in 1950 after winning four straight AAFC titles. Between 1950 and 1957, Cleveland made it to seven consecutive NFL championship games.

The Browns won three of those championship games. Cleveland had only one losing season during a 24-year stretch up to 1974. In 1964, the Jim Brown led Browns won the city’s fourth NFL crown. However, since then, Cleveland’s historic playoff heartbreaks are well-documented.

In the modern Super Bowl era, the Browns’ closest championship dreams succumbed to “The Drive” and “Red Right 88”. While the new version of the Cleveland Browns is in reality an “NFL franchise team”, their futility has continued unabated.

Since their return to Cleveland during the 1999 season, the Browns have made a single playoff appearance. As excited as Clevelanders were, 2002 continued the city’s abysmally disappointing playoff exits.

The fact that the defeat came by way of the dreaded Pittsburgh Steelers didn’t help. Aspirations weren’t as high for the 2002 Browns as they were for the old “Cardiac Kids”. Nonetheless, a wave of 20 fourth-quarter points by a bitter rival was a hard pill to swallow.

Finally, back in the playoffs last year, Cleveland gave the eventual AFC Champion Kansas City Chiefs a run for their money. This loss, as heartbreaking as it was, did follow a playoff victory; a sort of revenge victory over the Steelers.

Heading into 2021, Browns fans were like that little old ant. They had “high hopes”. The hopes died. Injuries and a scourge of COVID-19 calamities ended the Browns’ year at 8-9. Ahead of the season, a member of the Browns’ defense had high hopes as well.

To say Malik McDowell’s NFL career is checkered would be an understatement. Coming out of Michigan State University, McDowell was an unmistakable talent. Seattle selected him 35th overall in the second round of the NFL Draft. He had massive talent.

McDowell signed a $6.95 million contract. Apparently, the newfound wealth went to his head. He never played a down for the Seahawks. Before reporting to his first training camp, McDowell took a dive on an ATV. The wreck left him temporarily unable to play football.

Moreover, this unfortunate accident apparently brought out the worst in McDowell. He received 12-months probation after a 2017 DUI conviction. Barely two months later, he was arrested again. This time, the charge was for disorderly conduct.

If you’re sensing a disturbing pattern here, just hang on. He managed to remain on the Seahawks reserve/non-football injury list. Back in Michigan, McDowell was arrested again. This time he was charged with assault, resisting arrest, and operating a vehicle while intoxicated.

The Seahawks finally parted company with McDowell for good in March 2019. However, McDowell’s brushes with the law worsened. He was arrested for concealing stolen property after police found a stolen car in his possession.

McDowell pleaded guilty to multiple criminal charges and served 11-months in prison. Nevertheless, despite his rather checkered past, in May 2020, his agent said he was ready to play football again. A workout with the Dolphins didn’t amount to a contract.

However, the Cleveland Browns took the bait. In May 2021, the Browns signed the troubled player. Recently, the frustration of another failed season must have really gotten the best of the 6’6”, 300–pound defensive lineman.

A few days ago, McDowell was spotted walking butt naked near a learning center for children in Deerfield Beach, Florida. Driving under the influence is undeniably a crime of poor judgment. We’re not sure what level of stupidity causes a grown man to disrobe and walk freely in public.

There’s obviously something very wrong upstairs with Malik McDowell. McDowell is also charged with assaulting a police officer and resisting arrest. According to reports, his violent attack left the officer dazed. He was eventually subdued with a taser. 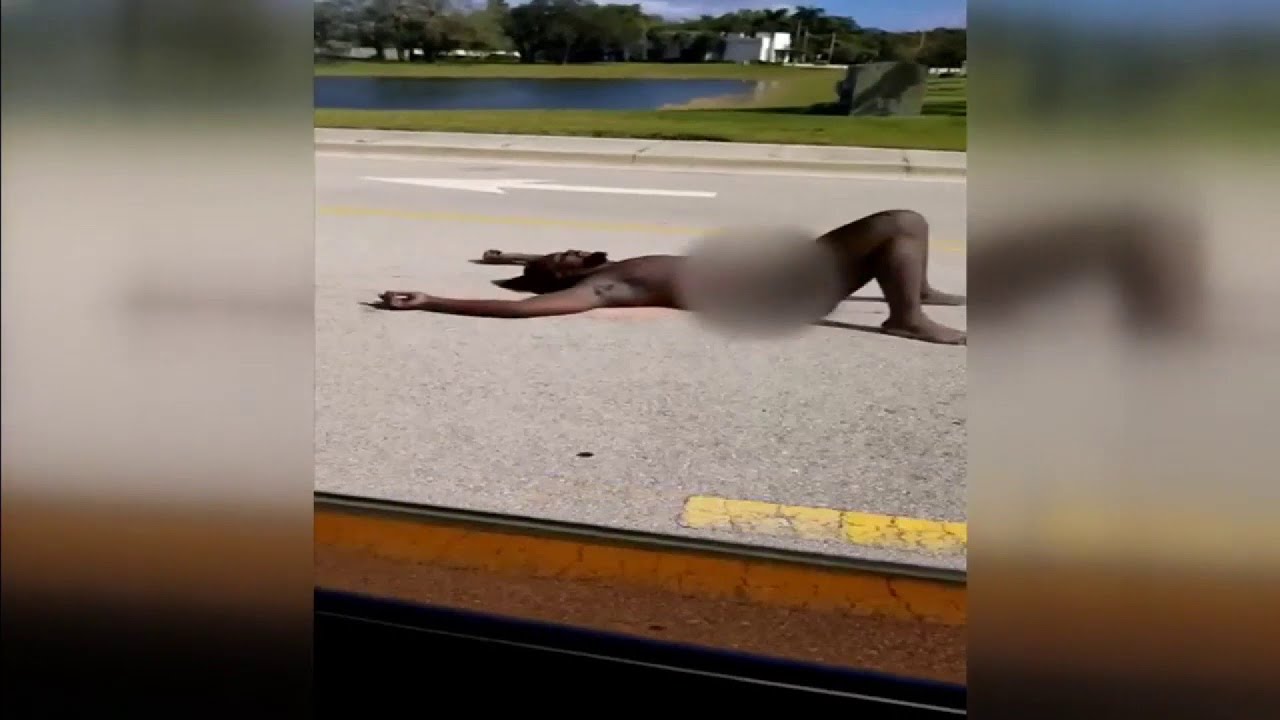 The Cleveland Browns are investigating the incident. McDowell’s defense lawyer issued a brief statement. The attorney said, “Apparently, somebody may have slipped him something or given him something he was unaware of, which explains some of his bizarre behavior.”

Malik McDowell may be an exceptionally talented football player. The Cleveland Browns certainly must have seen something in the former Spartan. However, giving people with indisputable criminal habits repetitive chances does them a horrible disservice.

Cleveland Browns’ fans watched another season come and go with bitter disappointment. In some respects, we wonder if the Browns will ever return to glory. Nevertheless, there may be an empty roster spot on the defense heading into 2022. For Malik McDowell, that’s too bad.

Previous Nancy Pelosi Uses MLK Assassination for Political Gain During Speech, Claim Founders Would Have "Tears in Their Eyes" (VIDEO)

Traitor Liz Cheney Turns on the Republican Party Yet Again!