The second day of questioning during the impeachment trial, Senator Rand Paul, submitted his question to the Chief Justice John Roberts for him to read and be addressed by Adam Schiff and the President’s legal counsel.

Check out this video below: 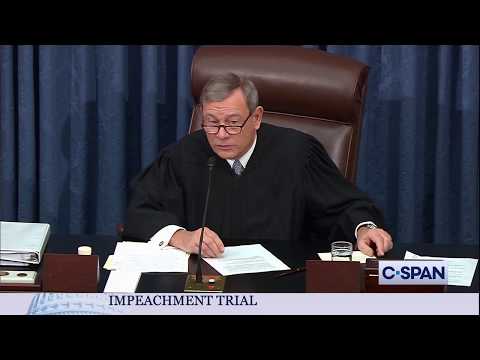 Paul then tweeted out the question that Chief JusticeRoberts refused to read: “My exact question was: Are you aware that House intelligence committee staffer Shawn Misko had a close relationship with Eric Ciaramella while at the National Security Council together and are you aware and how do you respond to reports that Ciaramella and Misko may have worked together to plot impeaching the President before there were formal house impeachment proceedings.”

Paul then also tweeted, “My question is not about a ‘whistleblower’ as I have no independent information on his identity. My question is about the actions of known Obama partisans within the NSC and House staff and how they are reported to have conspired before impeachment proceedings had even begun.”

Paul obviously wasn't thrilled at all. Roll Call reported Paul could be heard by reporters arguing on the floor of the Senate for his question to be asked:

“During a break in the trial, Sen. Rand Paul could be seen on the Senate floor seeking assurances that he will not be blocked from asking a question. The Kentucky Republican appeared less than pleased with Secretary of the Majority Laura Dove. “I don’t want to have to stand up to try and fight for recognition,” Paul said loud enough to be audible from the galleries above the chamber. “If I have to fight for recognition, I will.“

Chief Justice Roberts’ refused to read the question leading him to be the identity of the whistleblower.

Previous Mitt Romney Not Invited To CPAC, He Really Screwed Up This Time