For the past 8 or 9 months, we have been discovering more and more evidence that proves that the election was a sham and should be overturned.

State legislatures should begin decertifying the election results for their respective states immediately.

Of course, the state that has been at the center of all of this over the last few months has been Arizona as they've been conducting a very in-depth forensic audit of the ballots and the results.

They've been trying to audit the machines as well, but that hasn't been so easy since both the Democrats and Dominion have been fighting them on it, even going so far as to defy subpoenas and thereby violating the law.

Now, Arizona state senator Wendy Rogers has called for decertifying the election results as well as members of the Maricopa County Board of Supervisors to be imprisoned after they condemned the county's widely criticized election audit and objected to related subpoenas.

"I would like to know if we have enough solitary confinement cells in Arizona available for the entire Maricopa Board of Supervisors and the execs at the fraud machine company. We are going to need a lot."

I would like to know if we have enough solitary confinement cells in Arizona available for the entire Maricopa Board of Supervisors and the execs at the fraud machine company. We are going to need a lot.

Rogers was referring to the claim that Dominion Voting Systems, whose equipment was used in Maricopa County, helped flip votes from Trump to President Joe Biden.

This has all but been confirmed entirely. I think we've seen enough evidence to show this and it will become more apparent as the results of the audit are released. There's not going to be any way that the Democrats are going to be able to explain their way out of this one. All they're going to do is try and say it's false, but they won't be able to provide and evidence to back it up.

Also, just look at the attacks that are coming from the left. Jack Sellers who is the Chairman of the Board of Supervisors write a nasty note to the Senators saying,

"...If you haven't figured out that the election in Maricopa County was free, fair, and accurate yet, I'm not sure you ever will. The reason you haven't finished your "audit" is because you hired people who have no experience and little understanding of how professional election are run." 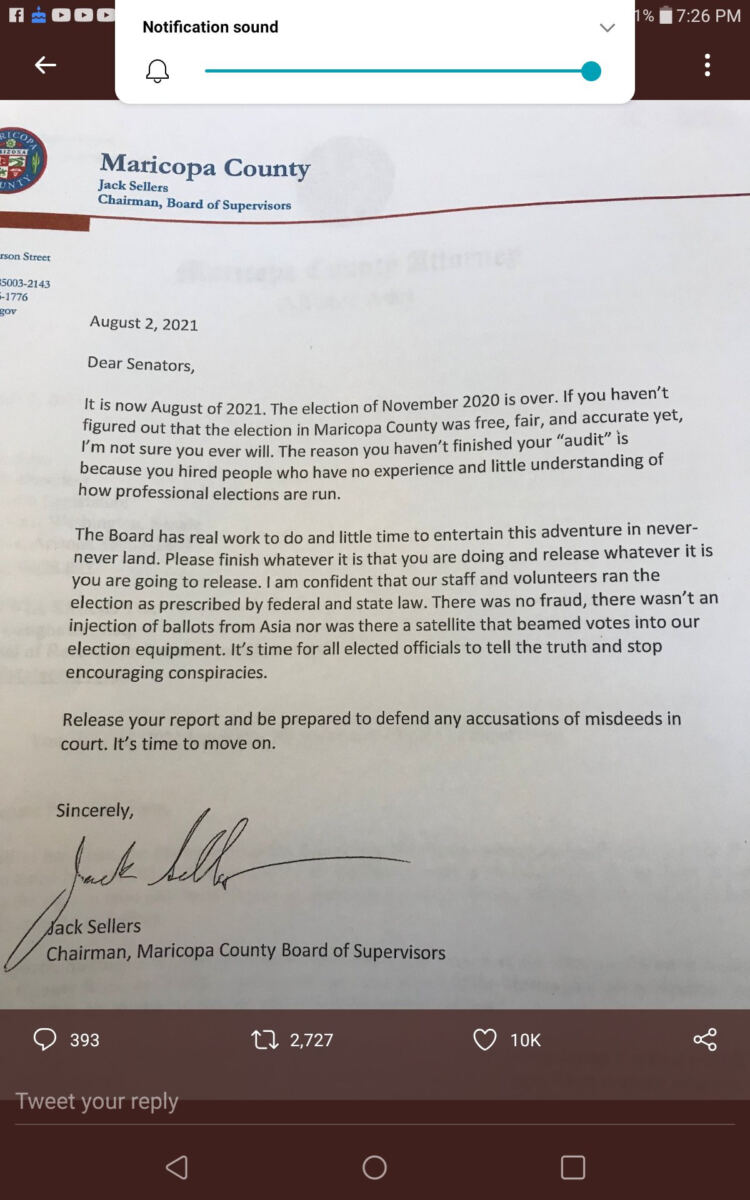